My trip to South Korea

I just came back from Incheon International Airport, or South Korea just a couple hours ago. (It takes around 2.5 hours from Korea to Taiwan)

I only stayed for 6 days, and those 6 days have been the best time of my life. I haven’t had the most exciting life in the world, so this trip may appear as trivial to others. However for me, meeting my girlfriend after having no access to her physical presence for over 9 months really made this trip special. I could have stayed with her indoors and it would have been special, I didn’t even need to go to special areas or places to enjoy myself, just having her presence was enough to make this special. Having said that, I went to many places with her and had a blast of a time. We went to the DMZ, Korean War Memorial, Lotte World (aka Waiting World), Itaewon, Chuncheon, Insadong, Samsung Station, COEX Mall, Myeong-dong, Dongdaemun and other places.

Here are a few pics:

Discussing what to do later in Starbucks

At the de-militarized zone (DMZ) with military police.

Picture with a cool military guy!

Aww. This leaves me with a hole in my heart.

Picture of us under Seoul Tower

Beautiful view of Seoul from Seoul Tower at night

At Seoul Tower with my beautiful girlfriend observing Seoul from a high point of view.

A picture of me and my girlfriend at Seoul Tower. This picture was quite funny as we asked 3 Chinese ladies if they could help us take the picture. They did so. However, they also used the flash lights on their phone cameras to brighten up the area where we were standing. Unfortunately, my eyes got a bit screwed up in the process. 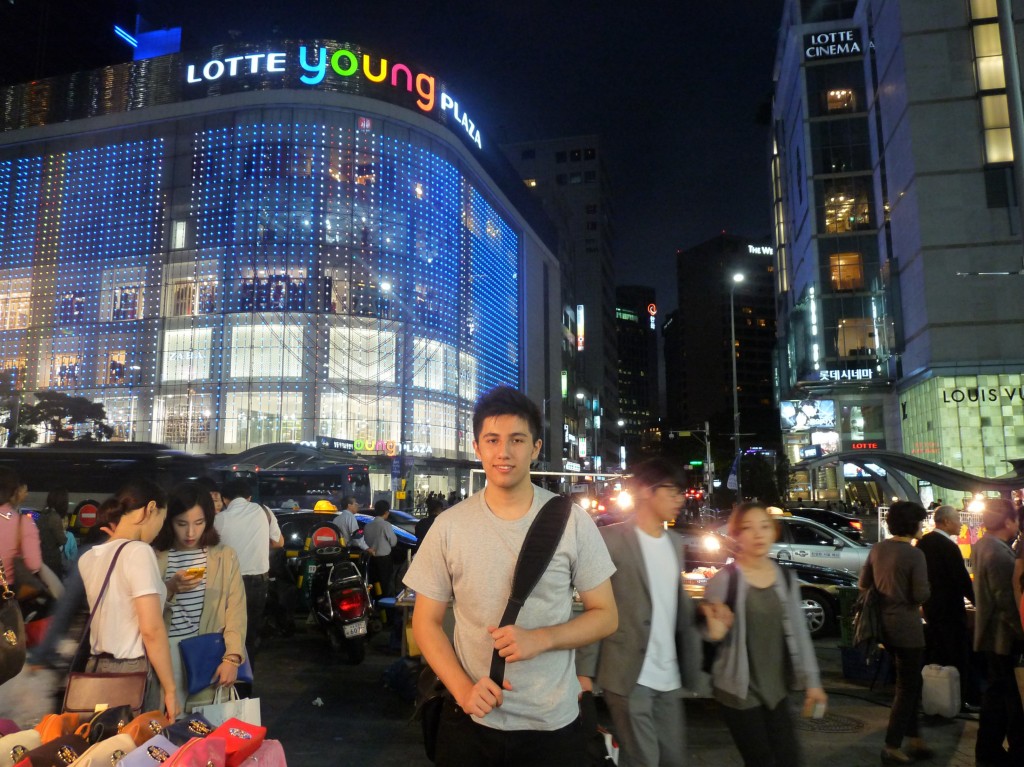 Myself at Dongdaemun with my lovely girlfriend photographer.

Moments before I have to leave, we take one last picture together. As you can see by eyes, I got a little emotional. I didn’t want to leave.

At the airport with my girlfriend. A big kiss before I leave her to go to my fight. … and yes, my head is quite large.

Those are just a few pictures I took. I took in total around 700 pictures with my camera (FZ28) and my smartphone. I’ll be uploading more later on, and all the higher quality pictures will be going on my photography website.